When Passion Finds You: Sometimes You Just Have to Start 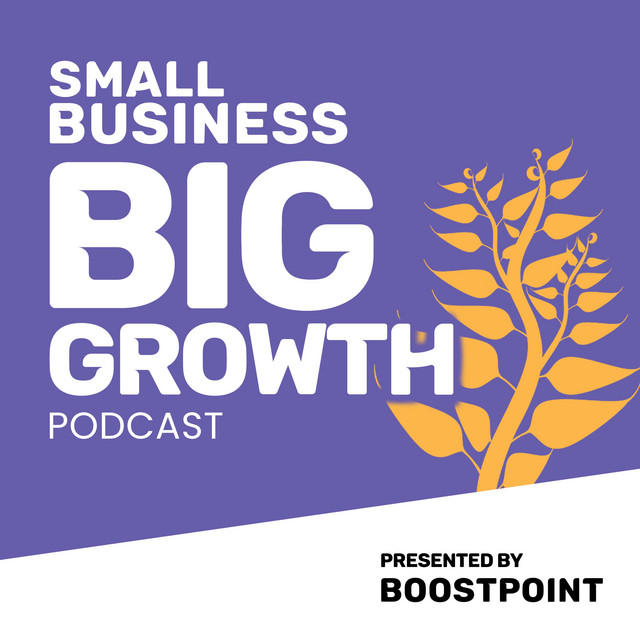 Does everyone need to follow your passion in order to be successful?  Sometimes passion finds you, according to Greta Bajrami, CEO of Golden Group Roofing. Greta sat down with Sam Beiler Co-founder and CEO of Boostpoint on his podcast Small Business, Big Growth to share her journey as a “little girl with “big big dreams.”

As a young immigrant from Albania, 10-year old Greta dove into the language and culture with unbridled enthusiasm, studying everything she could. Little did she know that she would find herself a decade later in a new territory again  – this one would be a male-dominated family business industry.  And once again, she would throw herself into it with everything she had.

Life sometimes throws us a curveball

Then she discovered that she was about to become a mother at a young age.  Having been raised by strong parents, Greta knew that she wanted to be fully present for her new daughter, and chose a different path that didn’t include the long grueling hours of law school.

So after celebrating her acceptance into Suffolk Law, she withdrew and chose to attend a local university where she and her now husband could attend school, work, and raise their child together.

When it feels like you can’t get a break

After graduating from college with a business degree, she and her husband’s dreams of high salaried corporate jobs were quickly squashed by the economic recession.  WIth a child to feed, Greta was determined to find the best opportunity possible.

Opportunity knocks on some unexpected doors

Greta was open to anything that could sustain her family, and after reviewing the job listings, she found one for a roofing foreman at good pay.  While she had zero experience in the roofing industry, she knew she could manage inventory, streamline process, support her staff, and keep a project running on time. So she applied When Passion Finds You..

As she worked as a roofing foreman, Greta became a curious learner. Not only did she follow the crew around with a notebook asking questions, but she read every product guide and contacted manufacturers for more training.  It was a pleasant surprise to the manufacturers to have a roofing contractor go the extra mile to learn the process behind their products.

Having spent time in college working on business plans and operations models, Greta realized that there was so much to improve in an industry that hadn’t changed much in decades. Traditionally, roofing was a family business, often passed down from father to son.  Some things were just “always done that way.”

Greta looked at her products, crew, and operations with fresh eyes and realized she could bring tremendous change to the customer experience. Before she knew it, she had fallen in love with roofing.

Why not make a company that dedicates itself to craftsmanship and empower the customer?

After spending years as part of a roofing crew, which was often treated as an afterthought during the construction phase, Greta was determined to create a company that valued the crew.

Greta hated the high pressure sales tactics that push homeowners to make quick commitments on such a large investment in their home. For many people, a roof over their head is a necessity not a luxury.  Instead, Golden Group Roofing uses modern technology to produce comprehensive project plans with images, measurements, and a quote down to the penny.

And then they walk away – leaving the homeowner to make a decision on their own time.  Instead of sales tactics like expiring discounts, “I want to provide them with the correct information so they can make the right decision – this is their home and their money,” said Greta.

Golden Group Roofing manages their cash flow so well that they don’t require deposits to book a job.  From her years of experience, Greta saw the anxiety of handing over a large check, only to not see the roofers again for months. She swore to run her business so efficiently that they could book a job without requiring a dime until the day that started.

By removing that layer of anxiety, Golden Group Roofing builds trust with the consumer.

The first client is the biggest hurdle

She invested in a good website, Google Ads and Angie’s List, and “I waited for the phone to ring.”  At first, it was crickets, as Greta wondered if she should just chalked up her losses. It was tough living paycheck to paycheck as they wondered if their new business succeeded.

Then her first prospect called. During the consultation, the homeowner asked for a reference.  Despite having built over 2000 roofs, she couldn’t produce any names due to all the agreements they had signed from their previous employers.

The next day, the homeowner called her and said  “You know what Greta, there’s something about you and the way you talk about roofing. You’re the company for me.”

And the clients started rolling in from there.”They saw something different in us, we were so passionate about roofing.”  And it hasn’t stopped there.

They began earning awards, and today, Greta serves on 3 roofing boards. Greta and Golden Group Roofing attribute their success to always putting the customer first and putting the power in their hands.

Facing your fears as an entrepreneur

As Greta started Golden Group Roofing, she realized that she was statistically going to fail but she had to face her fear to push forward. As a young mother, a woman in roofing, and an immigrant, the odds felt against her but she accepted her fears and stayed focused on her own dreams.

“Golden Group became that platform for me,” Greta said, “If someone else could do it, I can do it to.” You may fail a time or too, but that doesn’t mean you won’t succeed.  Once I was really in it, I realized – this is where I can have my happy ending.”

Up until now, she felt like she had failed – but she could create a brand, and success as a leader in her industry.  Her mission as a leader in the industry is to make roofers proud to say who they are. Roofing may not seem as glamorous as high tech or pharmaceuticals, but she’s here to show that it’s a trillion dollar industry and anyone can make an incredible career out of it.

Being a role model for the next generation

Becoming a mother at such a young age definitely changed Greta’s perspective.  She knew that her daughter would always be her #1 priority, and that Greta’s choices would shape her daughter’s life.  And if that meant forgoing law school and all the intense hours that it entailed, then that’s what she was going to do.

“In life, family can mean a lot of things. Your child is a piece of your soul,” said Greta, and she vowed to protect her daughter at all cost.  So she and her partner chose to forge a different path forward.  They not only managed to be caring parents who were present for their children, but simultaneously built a multi-million dollar award winning roofing business together.

“You never know where you are supposed to be, but if you keep at it, you’ll end up where you are supposed to be. If you wait for passion to find you, it may never come. Sometimes you have to start.”  Today, Greta is an advocate for the crew and customers in the roofing industry as she serves on several roofing boards, supporting other roofers, and pushing positive change from within her industry.Get blueprints for entrepreneurial success and access to expert wisdom on her Rootless Entrepreneur platform at rootlessme.com.